What offers can I find in Umm al-Quwain?

Find the best discounts offered by your favourite shops in Umm al-Quwain on Tiendeo. See the flyers from Carrefour, Lulu Hypermarket, Nesto and don't miss out on any online discounts. Here on Tiendeo, we currently have 115 active catalogues in Umm al-Quwain and 1011 shops. 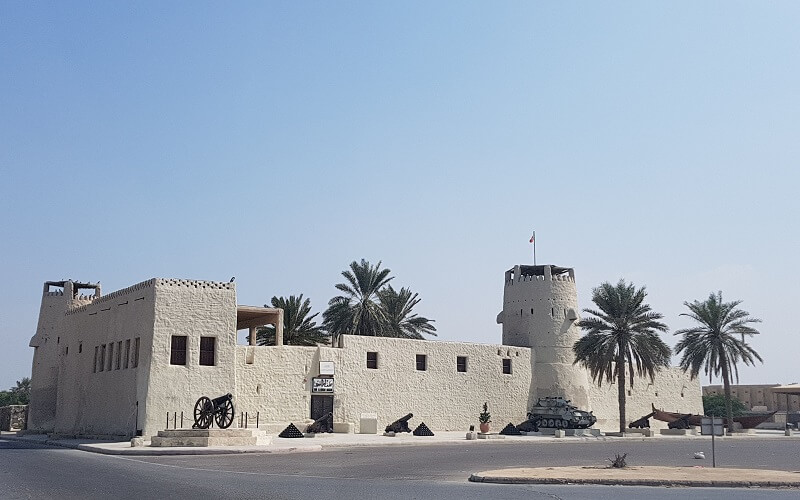 Umm Al Quwain is the minimum crowded of the seven sovereign emirates in the United Arab Emirates, situated in the north of the nation. Umm Al Quwain ruler is Saud container Rashid Al Mualla. Various government activities and methodologies have been set up to boost development in exchange and modern action in the emirate, including a 2018 move to decrease government charges to business and defer fines and infringement collected against organizations which had not restored their exchange licenses.

The UAE culture chiefly spins around the religion of Islam and traditional Arab culture. Al Sinniyah island, near the city of Umm Al Quwain is home to the UAE's biggest Socotra cormorant settlement, with more than 15,000 sets making it the third biggest province on the planet.

Umm Al Quwain Fort which was once home to the emirate's ruler and monitored the passageway to the old town, supervising the ocean on one side and the spring on the other. It in the long run turned into a police headquarters then an exhibition hall. Dreamland Aqua Park is the biggest water stop in the UAE is situated on the coastline of Umm Al Quwain; around 40 minutes drive from Dubai, with 250,000 m2 (62 sections of land) territory of arranged patio nurseries and more than 30 rides, slides, and attractions. The Park is worked throughout the entire year with an everyday limit of ten thousand guests.

Fishing is a key supporter of the economy of Umm Al Quwain. The emirate sends out fish all through Europe and the Middle East. The main poultry cultivates in the UAE was built up in Falaj Al Mualla. It is viewed as a key provider of poultry and dairy items to the neighborhood advertising.

The development of Ahmed Bin Rashid Port and the Free Trade Zone in Umm al Quwain implies the emirate's designs towards growing its business and venture base. The emirate has rich seaside mangroves on the shoreline of Arabian Gulf and numerous islands that mislead the east of the territory. The greatest island, Al Seniah, is home to Arabian gazelles, birds of prey and turtles.